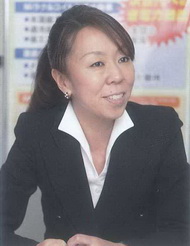 We have moved our head office to IOC Honjo Waseda this time. IOC Honjo Waseda is a support facility for medium- and small-sized venture enterprises, etc. that were maintained within “Waseda Research Park” (Waseda University campus) in Honjo City, Saitama Prefecture. IOC is operated by the Independent Administrative Agency Organization for Small & Medium Enterprises and Regional Innovation, JAPAN (SME Support, JAPAN). IOC stands for Incubation On Campus. Green turf where goshawk living in, lies on a gentle hilly landscape.
Honjo is also my hometown, I am willing to pursue my business with new hearts.
I would appreciate your continued support in the future.

Looking back, we founded in Fukaya city in March 2009. Originally we were engaged in research and development aiming at application of spiral tubes to car air conditioners, with the motto “environmentally friendly”. But due to the sudden change in the electricity situation caused by the Great East Japan Earthquake, thinking that energy saving of freezers, refrigerators and air conditioners for business those electric demands are very large is urgent, we have developed and put into practical use of “Miracle Coil”.

We have installed more than 300 units of “Mirale coil” (energy-saving device for refrigerators)  since its release in April 2011. I would like to thank you again for your support.

We will continue to challenge the development and commercialization of new energy-saving device while receiving advice from Waseda University and faculty members.

“Miracle Coil” will help to improve the global environment …